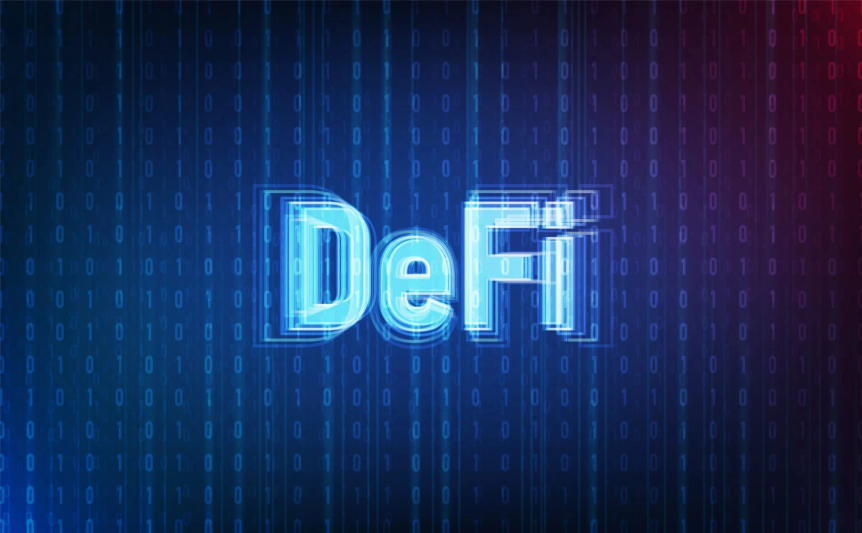 Seeing the CeFi realm blowing up around us, it is perhaps pertinent to reflect and hammer the lessons into our collective crypto consciousness. Drawing from CeFi, DeFi and Everything in Between, it is clear now that Celsius, BlockFi, and Voyager Digital function as ‘CeDeFi,’ similarly to TradFi banking entities and are prone to the same weaknesses such as position opacity and human greed. These start-ups took in short-term customer deposits, lent to one another, and took on assets with longer durations[1] from their liabilities in an attempt to ‘generate yield’.

Since our last writing, Celsius completely de-levered their on-chain positions to retrieve their collateral, including ~10k in $wBTC in Compound and 416k in $stETH from Aave. Others who loaned funds to 3AC or who were exposed to those that did, have reported collateral damage as well. Genesis filed a $1.2b claim against 3AC, letting parent company Digital Currency Group assume the liability. The loans were partly collateralized with ~17.4m shares of $GBTC, ~447k shares in $ETHE, ~2.7m $AVAX tokens, and ~13.9m $NEAR tokens – all of which have been derisked by Genesis, per CEO Michael Moro’s tweet.

With Celsius reporting a $1.2b hole in its balance sheet in its Chapter 11 filings, the worst of the contagion risk is unfolding before us. Yesterday, Zipmex, a South East Asian exchange, ‘halted’ withdrawals after rumors of bad debt to Babel Finance, which was exposed to 3AC. They then resumed withdrawals less than 24 hours later.

Vauld, a crypto lender with operations across Asia also announced that it would ‘halt’ withdrawals. In a letter to creditors, Vauld revealed a $70m shortfall attributed to a mismatch in asset-liability duration. Assets were in the form of loans that could not be recalled early.

Amidst reporting the carnage, let us be clear:

It was CeFi, not DeFi, that blew up here.

On DeFi, all transactions are transparent, and on-chain. By the time LUNA unwound, it was clear how much carnage was going to be from market capitalization and TVL figures. True DeFi attempts to remove human subjectivity in financial decisions, using ‘rules’ of the platform enforced in code[2], the details of which are commonly found in a ‘whitepaper.’ Based on these rules that can be updated through governance, users agree to transact with one another openly on the blockchain.

This stark contrast to CeFi is why market stakeholders were left with little clue as to how bad the contagion would be. Most deals were made ‘off-chain’ (privately) by potentially-conflicted financial actors, the details of which have been unknown until court proceedings now. Originating from human greed, these undercollateralized deals resulted in overlevered positions that blew up.

As we continue to pay attention to the contagion from 3AC, we know a few things to be fact:

While caused by fundamentally disparate drivers, the unwinding of Celsius and Terra present interesting implications for on-chain liquidity flows. At the beginning of May, Terra experienced its first signs of liquidity fleeing the ecosystem, as shown below.

At its peak in March, centralized $LUNA trading volume stood at $6b, with decentralized exchanges supporting a fraction more on top of that. Understanding how limit order books work from ‘A Battle for Liquidity’, limit orders on both bids and offers (a proxy for liquidity) were probably multiples of $6b.

On the flipside, the deepest Terra-native DEX Astroport supported $1.8b in TVL (Total Value Locked), a proxy for total liquidity used to swap, borrow, and lend in the Terra ecosystem.

When the bank run on Terra happened, the deepest on-chain liquidity pool for UST, UST-3CRV on Curve Finance held $1.2b in total liquidity, 20% of CEX’s $6b trading volume, with a smaller fraction of CEX liquidity.

Even though trading volume on CEXes was multiples that of DEXes, it was an on-chain liquidity imbalance in the UST:3CRV pool on Curve that instigated bank run fears throughout the Terra ecosystem.

In April, UST supported $1b in 24h trading volume, yet it was a $1.3b liquidity pool on Curve that tipped the scale for investors to head to the exit.

Order book liquidity is less sticky than LP liquidity – MMs can remove or adjust their limit orders while LPs are generally slower to move and are subject to other factors (such as bridge liquidity), especially in distressed events like Luna’s death spiral.

Farmer’s mentality: I entered the pool with 50% APR, implying 12.5% quarterly. I am able to withstand a ~12.5% down move on the LP pair before being in the red.

Trader’s mentality: I can remove my limit bid here if I believe it will go lower

A similar dynamic can be observed with Celsius during their de-levering of $stETH[3] on Aave. They pledged ~416k of $stETH collateral (customer deposits, as we have now learned) on Aave to borrow and generate yield. As they unwound their positions, however, there was insufficient on-chain liquidity (on Curve and others) to allow them to exit their $stETH position fully.

Facing increasing regulatory scrutiny and pressure from creditors, the only possible way for Celsius to liquidate their stETH position without further de-pegging the on-chain stETH price (and ruining their exit price) is to trade over-the-counter with another prime broker or trading desk. Which, they presumably did with this wallet.

Perhaps it was the fact that liquidity was publicly visible that triggered the bank run in the first place. If it was visible to others, maybe the first large withdrawal was not even malicious. Maybe it was the ensuing withdrawals from savvy investors paying attention to the exit that set off the stampede.

These separate liquidity constriction events prompted us to ponder on liquidity flows in crypto, illustrated below. (In next week’s issue, we will walk through a numerical example of such a position, outlining return and risk metrics on an aggregate basis.)

The liquidity flow chart also illustrates how in one lens, DeFi is composable, with dApps and products building on top of one another to provide value. In another, DeFi is hypothecation upon rehypothecation, leverage on leverage.

The irony is not lost on us that TradFi is leverage on leverage as well – derivatives markets are 10 – 100x the size of spot markets. Nevertheless, DeFi leverage is transparent and mostly overcollateralized, deferring the liquidation processes to algorithms instead of in-person liquidators like those in search of Su Zhu and Kyle Davies now.

Earlier this month, Aave Companies proposed to the DAO the introduction of a native decentralized, collateral-backed stablecoin, $GHO that will be pegged to the U.S. Dollar.

$GHO will be launched on Aave Protocol, and will be minted against users’ assets on the leading borrowing and lending platform. Interest payments accrued by $GHO will be directed to the AaveDAO treasury, creating a new revenue source for the Aave ecosystem.

Aave’s agility in listing yield-bearing assets across multiple chains has allowed it to gain market share from Compound. $GHO marks its first product initiative that leverages its current market-leading position as a lending platform to capitalize on the first breakthrough use case of crypto – stablecoins.

If there were any clear takeaways from the bull market of 2021, it was that stablecoins have the clearest product-market fit in crypto so far, having experienced a 6.6x market capitalization increase since the beginning of 2021.

It makes clear strategic sense for Aave to launch a native stablecoin as well. Instead of ceding liquidity (control) to a fiat-backed stablecoin like $USDT or a crypto-backed one like $DAI, Aave can retain control over stablecoin liquidity through $GHO.

Because of the control Aave will yield over $GHO, its liquidity does not need to be (as heavily) incentivized versus other stablecoins. Presumably, some of these synergies from having a native stablecoin will be passed onto users. Introducing the new stablecoin also increases the robustness of the protocol by increasing the proportion of overcollateralized stablecoins on the borrow/lend platform.

The launch of $GHO bears implications for other DeFi 1.0 protocols too, and they are responding. Curve, the most prominent stablecoin swap, is rumored to have its own stablecoin project to launch soon [1] [2]. Curve is also leveraging its market-leading position as the deepest stablecoin DEX. Their ve-Tokenomics design on token price is arguably the only one that has proven the test of time in DeFi so far, replicated by others with limited success.

This leaves us with MakerDAO, the DeFi 1.0 protocol that already has a stablecoin, $DAI. While MakerDAO’s Oasis App has increased the collateral options on its lending platforms, it has lagged competitors in this regard. The platform has instead pursued a different strategy from its peers, focusing on on-boarding Real-World Assets (such as real estate) as collateral and deploying $DAI to buy US Treasurys and corporate bonds.

While the market for stablecoins is definitely proven, the race for dominance has only begun. Projects that can meaningfully differentiate through partnerships, on and off-chain collateral options, product features, and omnipresence will simply dominate.

The CeFi startups that blew up functioned similarly to TradFi banking entities and were prone to the same weaknesses such as position opacity and human greed. As most undercollateralized deals were made in private, we will have to defer to court documents to ascertain how bad the contagion is. As of now, however, it is safe to assume any forced selling resulting in sharp downward price movement from the 3AC contagion is largely behind us.

[1]$stETH and $GBTC possess their discounts today because of long duration – $ETH is locked in smart contracts and $BTC in Grayscale’s custody cannot be be redeemed before their ETF listing. This went against 3AC and others who pledged GBTC shares as collateral to lever up.

[2] Hence birthing the term ‘code is law’ in crypto.

[3]ETH can be converted to stETH on Lido Finance. The conversion process is one-way for now, with the unstaking functionality unlocking after ‘the Merge’, rumored to be in Q3-Q4 ‘22. stETH is a token that represents the staked version of ETH, accruing the value of staking rewards less penalties.