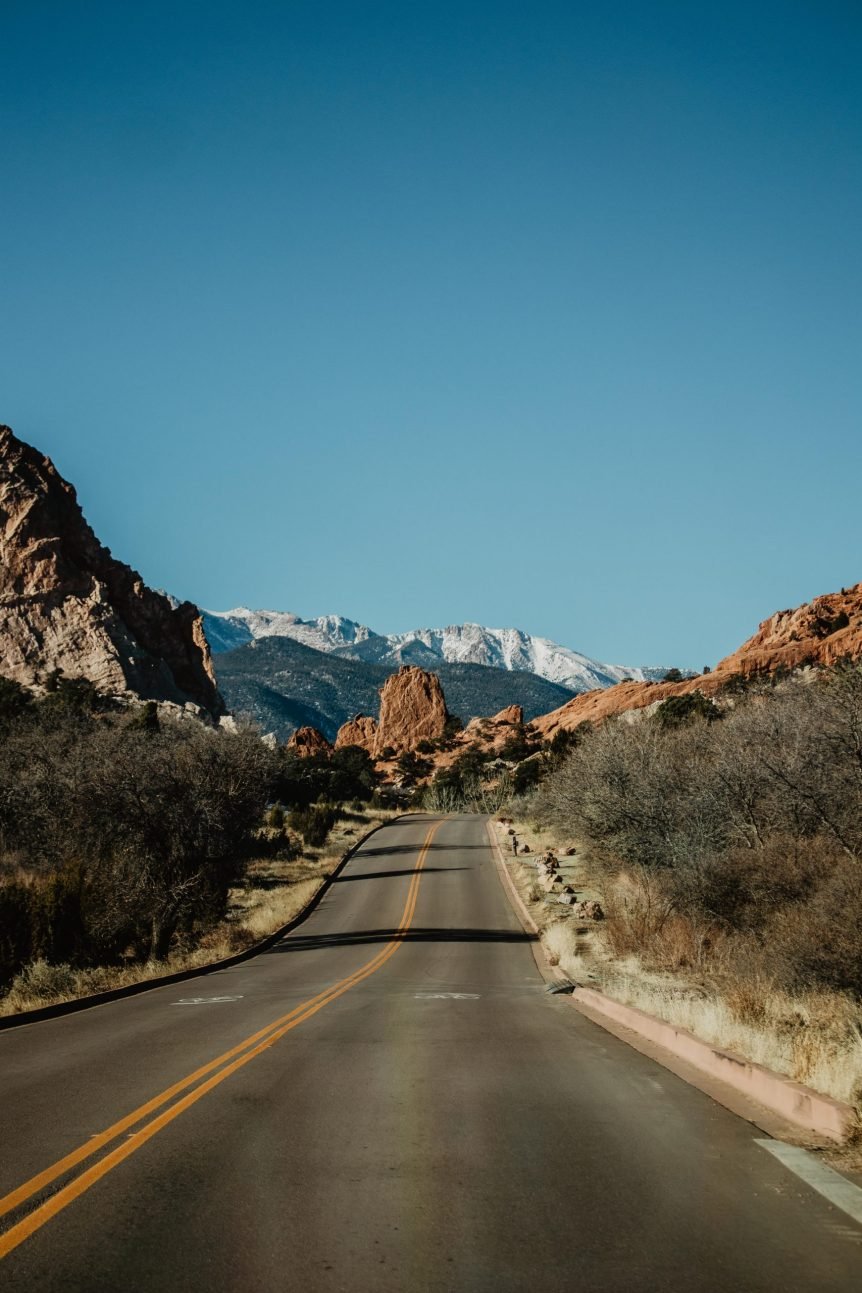 “Whenever you find yourself on the side of the majority, it is time to pause and reflect.”- Mark Twain

There’s a lot of complex jargon and intimidating math associated with markets, as there should be. When someone’s managing many billions of dollars, obviously you’re going to attempt to get the A-team on it and to have as much quantitative justification as possible for the decisions that are made. At the end of the day, though, you can make money if you stay ahead of the crowd, all that complexity aside. If you do the work and find out who will benefit from inexorable trends like demographics, you can get alpha, particularly if you have the time to let compounding work for you.

What Mr. Twain eloquently said above applies especially to markets. Contrarian investing requires contrary action—action that is distinct from that of the crowd. That is rarely an easy prospect, and it rarely feels like the right move. It requires grit, determination, and confidence. If you saw or read The Big Short, please recall that most of the movie was the protagonists losing money and being chided by their investors for a foolhardy and naïve investment decision that turned out to be as startlingly prescient as it was lucrative.

So, are we worried about the risks that everyone else is worried about? Absolutely. We most assuredly are. But we’re also trying to stay ahead of consensus. This is why, despite the bearishness, we’re confident that if you have a long-time horizon, you can begin some nibbling. A lot of the bearishness is baked into the cake and a lot of the alpha is gone from trades that benefit from downside moves or volatility—notice the peculiar case of the suppressed VIX this year given the ghastly risks we face. When you have some of the highest Put-Call readings in decades, you know where the crowd is. That doesn’t mean being against them will be the correct move, but it does mean you should consider it.

Essentially, you want to buy something before the crowd knows it’s something they want to buy. You want to sell when they all want it most, and then you want to get ahead of them again. No matter who you are, no matter what experience you have, you are a human being, and you’re subject to cognitive bias. You can see that over the long-haul, the assets that outperform are not necessarily what you would expect.

The human pre-frontal cortex evolved quite quickly in terms of evolutionary time. We became smart quickly compared to many of our animal relatives, but we still have primordial functions that easily usurp our more noble and advanced components when the blood is running high. We’re essentially too big for our intellectual britches. When the world is more chaotic and in flux, the task of understanding markets and the psychology that drives them becomes even more difficult. Right now, Goldman Sachs says we’ll probably avoid a recession, but JP Morgan says we’ll probably have a bad one. Both research teams are capable but as our team so often says, the future is uncertain. Someone who tells you it isn’t is tricking you or themselves. The concept of apophenia, or seeing patterns where there actually are none, is something any human being is susceptible to regardless of laurels.

Our Head of Quantitative Strategy, Adam Gould, has a contrarian indicator that measures the retail sentiment on the Wall Street Bets Reddit message board. Since its inception, we’ve noticed that it works well for identifying turning points based on peaks and troughs of retail sentiment. When retail sentiment is high, it suggests some selling could be around the corner, when it’s low the opposite is true. Recently it has just flipped to positive which suggests this rally could peter out a bit before getting to the typical Santa Claus period. Our Head of Technical Analysis, Mark Newton, also finds it likely that some of the main beneficiaries of the rally since October will need to revert to the mean a bit after such stellar upside runs.

We believe that going deeper into the data than our competition is willing to helps us maintain that necessary confidence and helps our multi-faceted research team maintain an edge. We are a nimble and independent research firm that is dedicated to providing insights on an order above consensus. In order to do this, we maintain multiple lenses of analysis to help us try to triangulate insights that can get you to that enviable and lucrative position—ahead of the crowd. For example, our data science team and Head of Research, Tom Lee, dove deep into the bowels of the CPI reporting process. Our team suggested that October CPI would be light because of collapsing goods costs and downward medical insurance adjustments. No wizardry here: just hard work, going a step ahead, and digging deeper.

We spoke last week about how even if you would have had access to Peter Lynch’s Magellan Fund during its prime, you would likely have cheated yourself out of much of the gains by making emotionally driven mistakes—loss aversion and chasing gains too late. We believe if you have a longer time horizon then you can start to think about nibbling. Remember to always understand the other side of your thesis and to always understand the crowd. At least always consider the other side of where the crowd is—if only as an intellectual exercise.  Equally important is to understand your own bias and emotion and to mitigate it with process and putting in the time.

Monday saw markets slide, in part due to remarks from Fed Governor Christopher Waller and Vice Chair Lael Brainard, who each warned that further rate hikes were still planned. SPX fell 0.89% and the Nasdaq fell 1.12%. Speaking in Sydney, Mr. Waller warned that the most recent softer-than-expected, rally-sparking CPI numbers were “just one data point.” He added, “We’ve got a long, long way to go to get inflation down. Rates are going to keep going up and they are going to stay high for a while until we see this inflation get down closer to our target.” However, he did note that the Fed was considering a less-severe rate hike of 50 bps in either the next meeting or the meeting after that.

Tuesday morning saw the release of lower-than-expected October wholesale PPI data (0.2% MoM vs. 0.4% expected), which markets interpreted as another sign of slowing inflation. YoY PPI rose 8%, compared to September’s YoY 8.4%. For the day, the SPX gained 0.87% while the Nasdaq rose 1.45%. Markets were also buoyed by Walmart’s third-quarter results, which easily beat expectations, as well as its fourth-quarter outlook. Same-store sales grew by 8.2% (4.3% expected) led by market-share gains in its grocery business.

On Wednesday, SPX fell 0.83% and the Nasdaq was down 1.54%. San Francisco Fed’s Mary Daly remarked that a pause in rate hikes was “off the table,” dampening hopes of an imminent pivot. Target, seen as a bellwether of the retail sector alongside Walmart, did not do as well as its Arkansas-based competitor. Target disclosed that shoppers’ behavior had been “increasingly impacted by inflation” leading to a “significant change in consumer shopping patterns, rising interest rates, and economic uncertainty.” Operating margins fell “far short” of expectations – 3.9% vs. 5.35% estimates, in part due to its (successful) efforts to pare down much of its excess inventory. Adjusted EPS was $1.54, compared to the expected $2.17, and Target also cut its Q4 outlook.

Then on Thursday, St. Louis Fed President James Bullard came out with some very hawkish comments— he said he didn’t believe rates had reached a sufficiently high level to achieve the Fed’s inflation target. He mentioned, to the chagrin of the bulls, that he believed the terminal rate would be anywhere from 5% to 7%. At the last Fed meeting Powell mentioned that he believed the Summary of Economic Projections or “dot plot” would show a higher terminal rate in December than it did in September. However, the introduction of a level as high as 7% was a surprise to many.

In what may have been one of the most significant geopolitical developments of the week, President Biden spoke with China’s Xi Jinping for three hours on Monday, on the sidelines of the G20 summit in Bali. Both sides depicted the meeting as one in which none of the many issues of contention were resolved, but one in which they agreed to actively strive to improve strained relations – in part with a visit by Secretary of State Anthony Blinken to Beijing in early 2023. (This was the first face-to-face meeting of the two leaders since Mr. Biden became President.

They first met in 2011, when then-Vice President Biden visited China and met with then-Vice President Xi.) The recent ban on the export of advanced semi-conductors to China was one of the most severe blows to globalization. Some have called it an act of economic warfare.  So, any semblance of a thawing dialogue between the US and China should be welcome.  It may be notable that Xi chose to meet with the Dutch Prime Minister, where vital semi-equipment company ASML resides.

Mr. Xi’s zero-COVID policy continues to strain his country. Rare protests even turned violent (briefly) in Guangzhou as residents took to the streets to express anger over food shortages during a lockdown that has stretched three weeks and counting. Meanwhile, the Foxconn factory in Zhengzhou, where iPhones are assembled, appears to have been so badly affected by mandatory quarantines of infected workers that Henan province’s Veteran’s Bureau has openly called for military veterans to “answer the government’s call” to go help boost the understaffed production lines, describing it as their patriotic duty to “show up where there’s a need.”

If the WHO shifts its stance on the severity of the COVID-19 pandemic as a severe emergency from a public health perspective, it could give China’s leadership the cover it needs to backtrack on the zero COVID policy. Xi himself walked the G-20 summit maskless and appeared to be globalization’s biggest cheerleader. There are reports that many have stopped wearing masks in mainland China as well. The Chinese consumer on average already has a proclivity to save more than many of their counterparts. This has only been exacerbated by the CCP’s policy response to COVID. So, when China’s economy returns to more normal conditions, the global economy will be getting the second post COVID jolt of latent demand from an economic juggernaut.

We will NOT be publishing the Weekly Roadmap next week due to the Thanksgiving Holiday. We hope you have a restful and enjoyable time with your loved ones! We wish you an early Happy Thanksgiving!