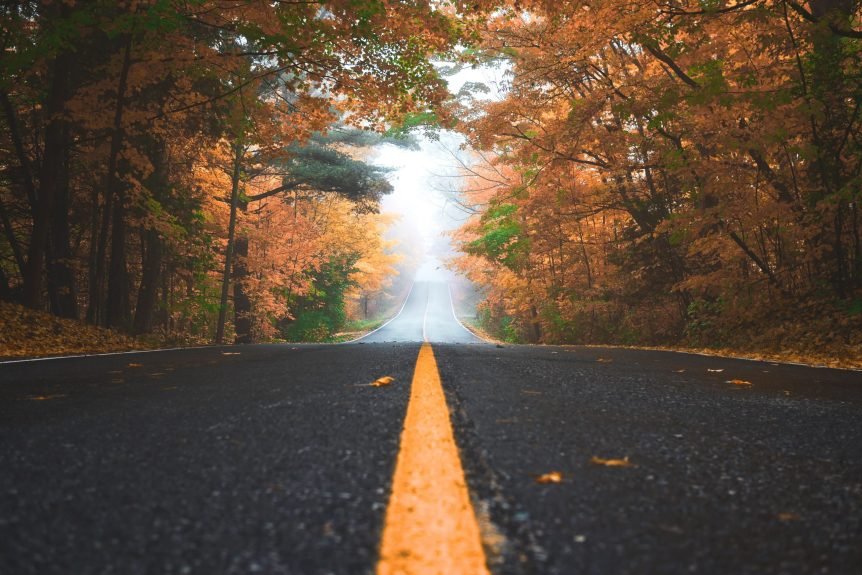 Markets had their best day since June in a furious rally that was led by Materials, Financials and Technology. This was the third positive week in a row, and the first three-week winning stretch all year. A Wall Street Journal article by Nick Timiraos renewed hopes that the Fed would back-off from its Old Testament approach to fighting inflation. Our Head of Research, Tom Lee, has been ahead of the curve on this issue, and has been suggesting all week that the reaction function to the Fed would be changing as a pause came into view. Remember, markets are forward discounting machines, and the stock price is a leading indicator. So sometimes when you get through the eye of a storm, markets can see through risks. Our data science team has been analyzing sentiment data and it has been persistently terrible. Recent readings have ranked with some of the worst in the history of the AAII survey.

As you can see, when sentiment is this persistently bad, the forward returns have been positive historically. So, sentiment is a feather in the bull’s cap, to be sure. However, the tightening financial conditions that have already started raining fire and brimstone in the housing market will be meandering their way through the rest of the economy in due course. High rates, which the Fed is likely to keep elevated, act as persistent drag on equity valuations. This is part of the reason no one wants to do an IPO in this environment. Instacart pulled their IPO today and their valuation has come down significantly. Klarna, one of Europe’s FinTech Buy Now, Pay Later (BNPL) darlings, had to write their valuation down by 85% in a recent capital raise.

This same drag on private valuations affects public ones as well, and the market has become more dependent on high P/E stocks over the years as technology has become more ingrained in the economy, enabling higher rates of growth. Our Head of Global Portfolio Strategy, Brian Rauscher, did a great table showing what P/E ratios would be required to reach new highs at various earnings levels for the S&P 500. Given that high rates seem likely to be with us for a while, this table illustrates why it will be so difficult to get the valuation levels necessary to achieve “escape velocity” to new highs.

It’s like a rocket without enough power to get out of the atmosphere. It will go up fast, but without a second or third stage, it will fall back to Earth. The Fed tightening is like extra gravity. It’s hard to get out of the atmosphere to new highs without the rocket fuel of the Fed pumping liquidity into markets. The stretched sentiment can provide the first phase in the form of oversold bounces. However, the earnings expectations for the S&P 500 right now are at $249. At that level, you would need a market P/E of 20 to get to a new high, and all indications are the earnings expectations will come down from those levels, in which case you must get to even more anomalous levels of 22 to 23 times earnings to get above where we peaked in November 2021 (particularly without accommodative Fed policy). This is the crux of why Rauscher sees the downside tug being more pervasive than the upside over coming months.

Embattled British Prime Minister Liz Truss resigned Friday. The wrath of bond vigilantes and a somewhat naïve approach to fiscal policy made her the shortest-serving Prime Minister in British history. Despite firing her controversial finance minister and reversing most of the tax cuts that earned the aforementioned wrath, she was not able to salvage her office. The blows her ill-fated mini-budget struck to Britain’s previously high fiscal credibility were too significant for her to survive. She will remain on until a successor is chosen. There’s even a possibility that Boris Johnson (BoJo), like Napoleon from Elba, may return from his current Caribbean vacation to reassume his recently vacated post.

While this threat to financial stability appears to have subsided in prominence, others may be lurking. Academics, traders, and economists have been warning about lurking trouble in the Treasury markets and BofA suggested the market is vulnerable to a potential shock and forced liquidations. The yen hit its lowest level against the dollar since 1990 this week, which prompted intervention from the Bank of Japan. Of course, Europe is struggling with the gas crisis stemming from the ongoing war in Ukraine. American Express beat expectations and raised guidance today, but the Street didn’t like how much it raised its loss provisions by. Other CEOs have been sounding cautious and even pessimistic. Tesla had a rare revenue miss, partially due to the strong dollar. This may be an ominous sign for Apple, which has massive foreign currency exposure.

Nick Timiraos has been uncannily accurate in his reporting on the Fed over the last year. The chair assignments shift around for other journalists frequently, but Mr. Timiraos is always seated front and center. He is dubbed “the Fed Whisperer” and his reporting has been remarkably prescient. Like David Wessel, who was also a WSJ Fed Reporter during Alan Greenspan’s tenure, he has become something of a go-to source of the highest authority on anything involving the Fed. It is rumored sometimes he may be the beneficiary of leaks directly from Fed officials, but he’s also a fine reporter with a first-rate understanding of the institution he so adeptly covers.

Wessel, who once held the exalted journalistic position of Fed whisperer himself, put it this way: “If you’re good at covering the thing, you kind of know how they think, you have some sense of where they’re going, you can have your hypothesis either confirmed or denied.” As for leaks, the veteran reporter who is now a senior fellow at the Brookings Institution says, “Maybe that happens sometimes. I’m not saying it doesn’t.”

So, it was significant this morning when Timiraos released an article entitled Fed Set to Raise Rates by 0.75 Points and Debate Size of Future Hikes. The futures were down after Snap’s earnings showed a severe slowdown in cyclical digital advertising revenue and dragged other companies dependent on that revenue source down with it. However, markets perked up after “the Fed Whisperer’s” article came out. The article showed that the uber-hawkish line that has pervaded over the past months is beginning to show some cracks and signs of evolving. The rhetorical groundwork for slowing rate hikes and not being ultra-sensitive to persistently high CPI data appears to be in the initial stages of being laid. Leading data is also showing some hope that major drivers of inflation are reversing.

Basically, there are growing signs of two things. The first is that there’s mounting concern amongst Fed officials that the pace of the hikes may risk “over-tightening,” or restricting financial conditions to an extent that causes unnecessarily harsh economic fallout. Brainerd, Daly, George, and Evans all gave indications that lower sized hikes, and a pause, should be considered soon. Bostic and Kashkari spoke about how alleviation of supply-side inflation drivers could result in a gentler path. The doves may just be coming out of hibernation. It is still tempered, though. No one is beginning yet to talk about cuts, and all still seem to favor keeping rates restrictive for some time so the Fed could weather what Evans termed, “a few not-so-great reports.”

But secondly, the hawks still have the upper hand, and one of the reasons for the rhetorical hibernation of the doves was the summer rally. The Fed, even those members who are more dovishly inclined, doesn’t want to reverse the effects of tightening prematurely. Timiraos speculated that in the event the Fed wanted to slow the pace of hikes to 50 bps in December, they would likely do so with concurrent actions that would temper a rally. One such strategy would be to indicate in the December dot plot simultaneously that they intend to lift rates higher in 2023 than the previous one would suggest.

Kashkari, who still can look a bit awkward in his new-found hawk wings, nonetheless summarized the hawkish position well. The Minneapolis Fed President opined that “The problem for me with trying to say, ‘Hey it’s time to pause’ is that we’re not even sure that we’ve got rates high enough to push services inflation down.”  One potentially ominous phrase buried in the Fed minutes from the last meeting was that the staff economists see less output potential in the economy.

Next week sees a crucial week for earnings as mega-cap Technology reports. Given the pervasive uncertainty in the market this will likely be a watershed moment. If Tech earnings disappoint, this could be a major downside catalyst. Snap’s earnings faceplant has set a somber mood going into the crucial week, particularly for Meta and Google, who are those most concentrated in digital advertising among the illustrious Tech generals. However, Technology staged an impressive outperformance this week. Particularly in the face of persistently rising rates. Equities in general have held up well in the face of losses in bonds that have resulted in some investors being taken out on stretchers. This relative resilience is encouraging. Adam Gould, our head of Quantitative Strategy, has also observed that idiosyncratic risk is rising, which improves the environment for stock-picking. Evidence of this can be seen in market reactions to earnings.

President Biden on Wednesday announced that the government would release 15 million barrels of oil from the Strategic Petroleum Reserve (SPR) as part of his continued effort to lower gasoline prices, completing a move first announced in March. In a nod to what we have previously described as a “structural shortage” in production, the President also suggested that US plans to repurchase oil (once the price falls to $70 a barrel) to refill the SPR should motivate firms to “invest in production.” In the short term, the latest small release – about three-fourths of US average daily consumption – is unlikely to have much of an impact on inflation or related numbers, however. Energy is one area where our team continues to see strength.

Mark Newton has highlighted Oilfield Services ($OIH) as an area to watch. Schlumberger ($SLB) reported bumper third quarter earnings and cleared a high bar. It smashed expectations on the top and bottom line and raised guidance. Its stock rose more than 10% and was the leading S&P 500 gainer today. Energy continues to be one of the only areas where investors have found refuge from the unusual simultaneous pain in stocks and bonds. Energy remains one of the only areas of the market with positive earnings momentum. Mr. Newton also suspects the dollar should begin to roll over from its very precipitous rise, which should further help the sector. Brian Rauscher also has Energy overweighted in his active sector allocation strategy, and Tom Lee recently added some great Energy names to our famous Granny Shots stock list.

Have a Great Weekend,