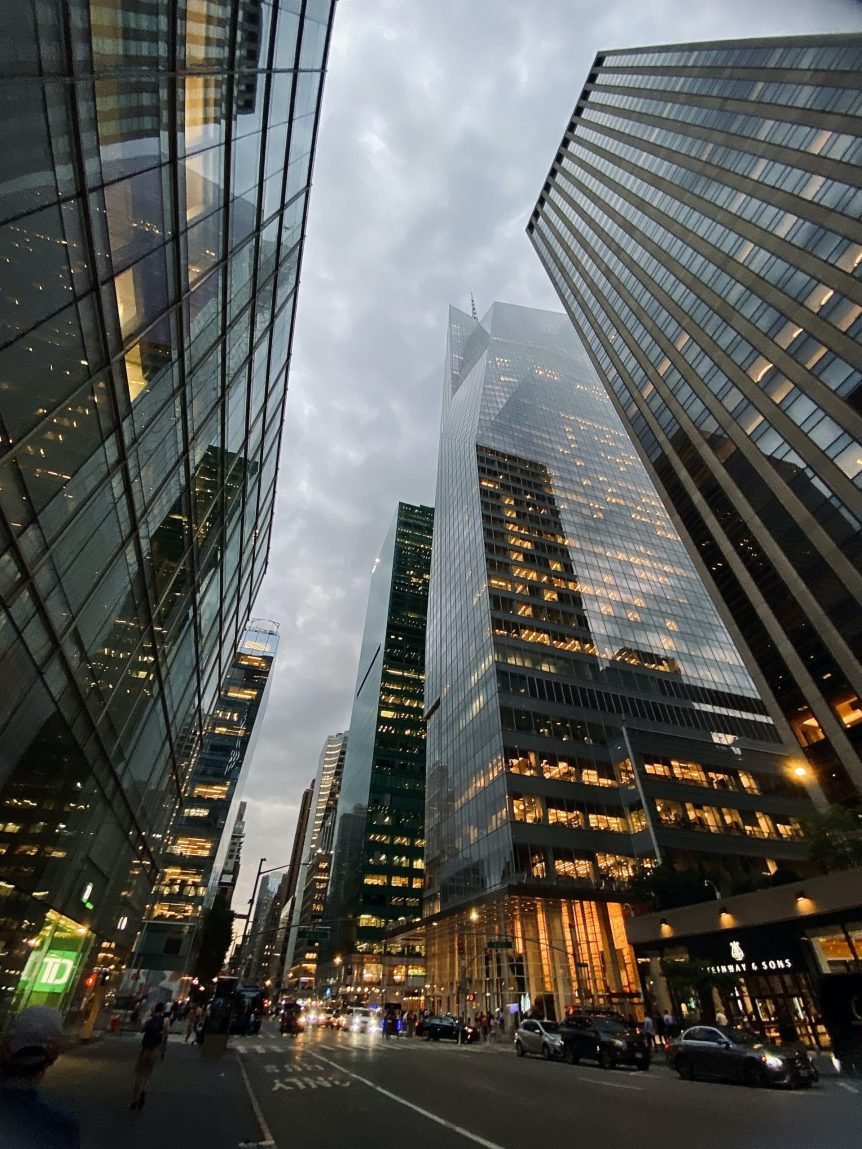 What a summer rally it’s been for markets. Amid the hubbub of recessionary fears, 40-year-high inflation, war, supply chain challenges, and rising rates, everyone has become fixated on a new question: Given the recent rally, is the bear market of 2022 over? Tom Lee, our Head of Research, forecasted a “treacherous” first half of negative market returns. For weeks now, he’s been saying the bottom is in, and he believes most companies can generate double-digit earnings growth in this environment. The VIX has fallen below 20 for the first time since April, inflation is cooling, and a soft landing seems more possible. More than 80% of the stocks in the S&P 500 are now above their 50-day moving average, another potential positive signal.

“I think there’s more good news in the pipeline on inflation,” Lee said Friday on CNBC. “1982 tells us we could have a very steep stock market move (upward)…I think the all-time highs this year will be realized before year-end.”

Wall Street saw a large uptick in buyers on Wednesday, as signs of cooling inflation sent the major averages upward. The Dow Jones Industrial Average added more than 500 points, while the S&P 500 rose more than 2%, with all 11 sectors of the benchmark index finishing higher. The tech-heavy Nasdaq Composite also soared, bringing its recent gains to over 20% to enter bull market territory. Disney posted strong earnings just as the rate of annual CPI inflation fell to 8.5% in July, from 9.1% in June. Core CPI rose 0.3%, less than forecast, dropping to 5.9% on an annual pace. While grocery prices continue to climb – they rose 13% in July from a year ago, marking the fastest pace of inflation since 1979 – gasoline prices are easing, as well as used-car prices. By and large, the CPI print this week was a relief. One month doesn’t mark a trend, but inflation cooling is the biggest story driving markets.

The U.S. Dollar Index continued its slide from the July 14 high, down roughly 3% in that period. For about five years, there’s been a clear inverse correlation between USD and risk assets, and this summer’s rally is no different. The S&P 500 has now gained about 17% from the lows, and it has cut its losses from the peak in half. The Dow, meanwhile, has gained about 13% and the Nasdaq has rebounded nearly 23%.

Without further ado, a few of our research heads convened in New York to talk markets. Here are the highlights:

In January, Newton told our members to be overweight in Healthcare and Energy, two areas that have beaten the market YTD. He also said the first half decline would be greater than 15% and we’d bottom out in late June, which was dead-on, almost to the day. Now, Newton is making another important call: The market rally is due for a pause before ripping back higher this fall.

“I do like the strength of this rally, with the Nasdaq up more than 20% off lows,” Newton said. “The move in Technology has been robust and that’s an important piece of the market. Sentiment, plus my cycle work, and Technology, all supported a second half rally. But in the short run, we are nearing some important levels. I would argue the market is a little overdone, needs a pause, although I’ve been on the record saying the market should rally in the second half. I still think we probably will consolidate some of these gains before we can push up higher. Most cycles still point up for most of the second half.”

Newton noted that the market is looking ahead to inflation continuing to fall, a real possibility. He also noted that the labor market remains incredibly strong, another constructive factor. He says we probably will avoid a recession or new lows, at least until next year. In midterm election years, he added, markets typically struggle in June and September, so headwinds loom next month.

“The market is getting stronger and stronger,” Newton said. “Breadth is moving up sharply. The percentage of stocks above their 50-day average is now at 80%, their highest in more than a year… I don’t want to be too bullish, but you must respect this move off lows. There haven’t yet been any signs of trends giving way. I am optimistic through year-end. I think over the next six weeks we pull back a little bit. Whether that happens next week, we’ll wait and see.”

“I like Tech,” Newton added. “It’s overbought but it’s a place to be for the second half. The key is to watch interest rates. If yields start to push up, that’s going to be a detrimental factor. I like risk assets. I’d rather be long and buy dips.”

Adam Gould, Head of Quantitative Strategy: The market can trade away from fundamentals

Gould’s valuation measures still say the market is overvalued, and he says lower rates or higher earnings estimates would change that. Recently, Gould conducted an analysis from July 22 through Aug. 10 when the market was up about 6%. He found that estimated earnings had barely changed, and the 10-year was flat. What gives?

“People are piling into the market and embracing risk,” Gould said. “That entire growth in multiple expansion came from risk premiums going down. It’s really about people becoming risk-on.”

Then Newton chimed in: In his analysis, how does Gould differentiate Reddit (retail) sentiment vs institutional sentiment?

Here’s Gould’s reply: “Hedge funds, advisors, they were all positioned offsides before this rally, so they’re now buying in because that’s what you do. You follow the trend. In the retail space I mentioned, retail sentiment was quite low in mid-July. Retail sentiment is higher now, which tends to be a contrarian indicator. So based on that alone, in the short term, the rally may stall out for a period. Fundamentally, I don’t really love this rally in the market, but again, if the market is moving higher, it’s moving higher. The market can trade away from fundamentals for periods of time.”

Gould added: “If institutions are positioned offsides, a lot were not positioned to take advantage of this rally, and now they’re playing catchup. That said, I still view the market as overvalued,” and due for a pullback.

Farrell and his crypto team here have been constructive on Ethereum for months, and their view is no different entering the well-anticipated merge. “Eth is still looking like the trade,” he said. “We have talked about being overweight alts, specifically Eth.” Down 50% YTD, Ethereum is sitting around $1900, up over 70% in the last month and 11% over the past week. Newton said that technically, Ethereum is a lot stronger than Bitcoin in the short run, mostly because of the upcoming merge. He cautioned that both Bitcoin and Ethereum have experienced substantial run-ups in recent weeks, so they’re probably due for a pause or consolidation.

But overall, we believe Bitcoin has tremendous long-term value and has plenty of room to grow over the next decade. Since dropping to 2022 lows in mid-June, the crypto market has been staging a gradual recovery as its total market cap has reclaimed the $1 trillion mark and Bitcoin is up more than 20% from its sub-$18,000 levels nearly two months ago. Institutional investors, including some of the world’s largest banks and asset managers, put a total of $474 million into the crypto market in July, a high for the year, and nearly a complete reversal of June’s $484 million of outflows.

BlackRock, which oversees $10 trillion and is the world’s largest asset manager, partnered with Coinbase to help institutional clients trade and manage crypto. Coinbase’s institutional brokerage, Coinbase Prime, will connect with BlackRock’s portfolio management software, Aladdin, to provide institutional investors with direct access to crypto trading, beginning with BTC. This news coincided with the July CPI numbers for the U.S. that came in better than feared, renewing investor optimism for risk assets such as BTC.

“I like owning BTC and ETH into year-end,” Newton said Thursday, adding that this isn’t merely a bear market rally, mainly because of strengthening market breadth.

Thanks for reading. We’ll see you next week.

By the way, we’d like your feedback. Please email thoughts and suggestions to sales@fundstrat.com